Adamos Hadjichristodoulou has graduated from the University of Athens in 1981 and has worked for 17 years at the Department of Lands and Surveys as a land surveyor before establishing the law firm in 1993.

After completing her practice course in Cyprus and becoming a member of the Bar Association in 2002, Koula won a scholarship offered by the University of Cyprus and the European Union, for a master’s Course at the University of Malta in Mediterranean Human Rights and Democratization, which she has concluded with Distinction.

She is also a Member of the Human Rights Committee of the Cyprus Bar Association. She has been working at the law firm since 2002, and due to the high demand of the last decade in conveyancing, property and land law, as well as company law, she has been dealing with cases looming from these fields.

Constantinos Germanos is a member of the Cyprus Bar Association since 2010. He has concluded his studies in the U.K. - his LLB Bachelor of Laws from Southampton Solent University and continued his professional studies with the Bar Vocational Course and was called to the Bar in 2009 (Gray’s Inn). Constantinos deals mostly with court cases, including both civil and criminal, and undertakes immigration cases (permanent and temporary residencies and naturalization). He is member of our team since 2011.

Maria Papaleontiou has graduated from Democritus University of Thrace in Greece, in 2003. She has been a member of the Cyprus Bar Association since 2004 and has attended our legal team in 2005. Maria has since then been working in our office handling a large number of court cases and mostly civil litigation, including family law, financial disputes and commercial law.

Elena Charalambous has been working in our firm as secretary and front officer since 1993. Elena has graduated from the Paralimni Lyceum and has a very good knowledge of the English language. 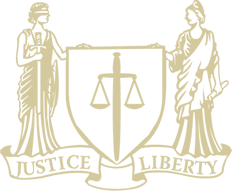 Twitter
Facebook-f
Linkedin
We use cookies to ensure that we give you the best experience on our website. If you continue to use this site we will assume that you are happy with it.Accept